Interdisciplinary art group Cluster ensemble emerged in 2009 around the key figure of Slovak musician Ivan Šiller. It all started with a Slovak premiere of Steve Reich’s Six Pianos, performed by Šiller and his students in a piano store in Bratislava, Slovakia. Since then, the loose grouping of guest artists surrounding artistic duo Šiller and Király regularly performs both in Slovakia and abroad. Their repertoire consists of interpretation of works of contemporary composers as well as great composers of 20thcentury, interdisciplinary art projects focused on breaking the boundaries of artistic interpretation and various educational projects. Besides performative projects they also develop their own musical instruments. Till today almost 50 great musicians, dancers, fine artists and other artists from Europe and USA collaborated with Cluster Ensemble. Their first album, Cluster ensemble plays Philip Glass, was released in June 2016 on Slovak label Hevhetia and on Orange Mountain Music in USA. 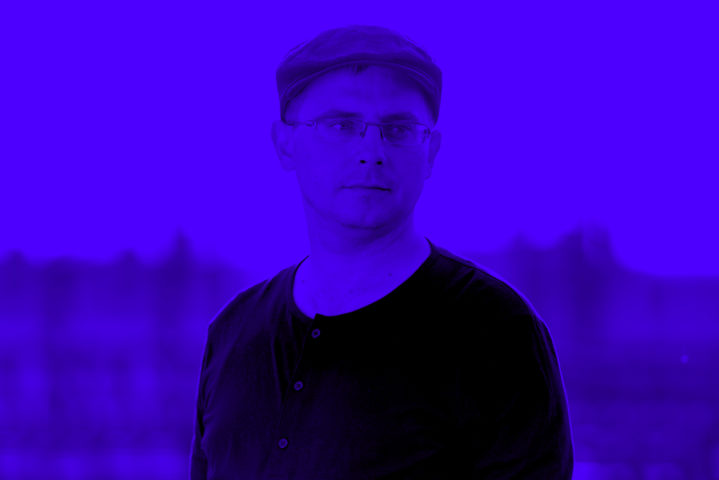 Ivan studied the piano in Bratislava (VŠMU) and Ghent (Royal Conservatory), and as a scholarship holder in the USA (Tanglewood Music Center), Canada (Banff Centre for the Arts) and Germany (Ferienkurse für Neue Musik Darmstadt). He focuses on interpretation of contemporary music, ensemble-, solo performances and musical re-interpretations of works of fine arts. He enjoys working with other musicians, together with whom he forms various groups – Cluster ensemble, Ensemble Ricercata or Prague Modern. Besides his employment at the Department of music education at the Faculty Education, Comenius University Bratislava, he co-creates alternative "educational institutions" – such as the student project VENI ACADEMY or the series of workshops for kids SoundOrchestra – aimed at introducing improvised music, graphic scores and exmerimental music. Ivan is the founder of many projects, festival or concert series. He is also the president of International Society for Contemporary Music – Slovak section, which organized the festival ISCM World New Music Days in 2013. 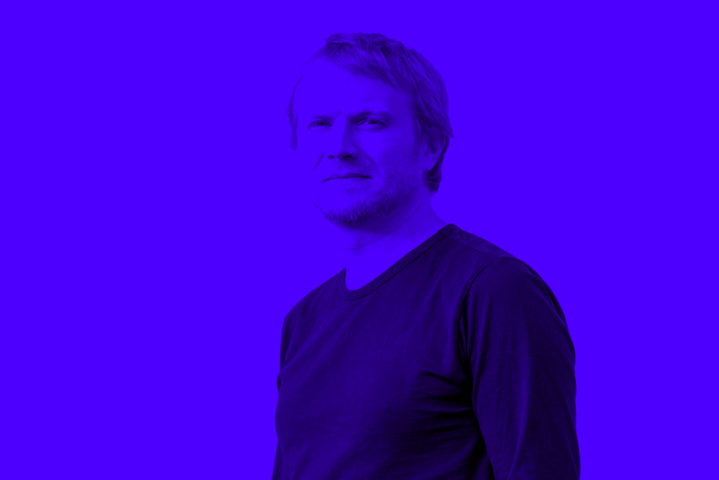 Fero Kiraly graduated from the Music Faculty of Academy of Performing Arts, Bratislava where he studied piano. He is interested in musical projects overlapping performance, sound art, installation, interpretations of contemporary music and musical reinterpretation of visual art. He is also involved in educational projects where he experiments and often tests his own limits by creating own software and collaborating with other artists from different disciplines. He created a series of workshops for children called Soundring in which he uses self-made music instrument Zvukodrom. He is the author of interactive book for music teachers PIANORA that consists of musical and sound games and experimental music. As a chamber player he is a member of various international ensembles (Cluster Ensemble, VENI ensemble, Kiraly & Zabkova, Namestie Republiky, Dirt Ensemble, Urban Hudak and others).

Always with excitement, love, concentration and creativity.
And then, in their hands, the music – whatever its origins might be – speaks to us in a very intense tone…

The Cluster Ensemble tackles some of Philip Glass’s iconic early works, playing them more crisply and clearly than perhaps any other recording in history.

The Cluster Ensemble tackles some of Philip Glass’s iconic early works, playing them more crisply and clearly than perhaps any other recording in history.

What’s remarkable about the performances by the Cluster Ensemble is that they never seem didactic, and are wonderfully natural and constantly involving musically. The Slovak group, led by keyboard players Ivan Siller and Fero Kiraly, has devoted itself to Glass’s early music for the last three years, and that total familiarity shines through every aspect of their playing. The fact that this set is being released on Glass’s own record label shows that he recognises this, too.

And this is music? Of course.

“Fero Király and Ivan Šiller have demonstrated to the parents, that here is more to music than just the individual virtuosity of their skillful kid. It is a means of communication between the members of a group. That almost anyone could become a soloist, yet he or she would not mean the same without the contact with other musicians. That there are no nicer and uglier sounds and that the sound can only be a sound when it stands opposite to silence. That it is even possible to play silence. And that it can be surprisingly suspenseful!”

„Király and Šiller reckoned quite correctly that this principle of playing, based on intuition and creativity, is very close at the heart of the child musician, who doesn’t necessarily possess the perfect technique, but excels at spontaneity and emotionality. These are the most valuable elements of their project.”

Cluster Ensemble provided us with nontraditional musical experience which was sporadically quite complex but definitely worth (the spectator’s) effort. (Livingroom project).

Their concert performance of Livingroom demanded exact rhythm, feeling of dynamics and high level of concentration. Such musical “speech” clearly links musicians’ philosophy and spirituality. It’s the intimate grasp of each tone that is delivered to the audience and if the listeners are able to catch the wave formed by the music, the interpretation is in the right place. The auditorium starts meditating.

An unusual musical concept offered the audience an experience, which is not common in this world

An extraordinary music experiment took place at Stanica Žilina-Záriečie in December. Piano players comprising Cluster Ensemble and their guests played a concert lasting for 24 hours. They performed song by Eric Satie called Vexations, written in 1893, which has only three lines of score but the author added the instructions to play it 843 times in a row. The artists decided to slightly adjust the author’s request and played the piece for exactly 24 hours. This unusual musical concept offered the audience an experience, which is not common in this world. Because the performance is quite demanding, musicians play it very rarely. At the end of each hour the piano was accompanied by the musicians of Transmusic comp. They improvised, playing different musical instruments and objects – e.g plastic bottles bound by a piece of fibre, used as a string instrument. Also spectators helped to create relaxed atmosphere. They had a great time and some of them even brought sleeping bags and stayed overnight.

It’s the same feeling as when you fall in love for the first time. You don’t expect it and suddenly an amazing piece of music hits you. You can’t resist it, you put everything you wanted to do off and you wish it would never end. It happened to me on Wednesday in August. I pass Mada Music which is located at the same address as our Nu Spirit bar few times every day. Instead of standard rock guitar roaring I was “attacked” by Steve Reich. The international Cluster Ensemble was practicing Six Pianos. 15 minutes later, while talking to one of the piano players Dalibor Kocián, known as Stroon in the electronic scene, we agreed on a concert in our club. It’s going to be the first event when “classical” music will be performed in our v enue. I’m really glad that Dalibor will be involved because he’s the most competent to represent the intersection between the two worlds of concert halls and electronic clubs. We are always happy to bring something new to the club scene.

It was an honor for us to welcome Cluster Ensemble

It was an honor for Stanica to host four piano players rotating for one day (or 24 hours, or even 86 400 seconds) behind a white grand piano which we got thanks to all of you who contributed. Ivan Šiller, Fero Király, Zuzana Biščáková and Kamil Mihalov were playing, without a break, from Saturday 6pm to Sunday 6pm. They performed the song Vexations by Erik Satie, for 840 times. Each hour (except the small hours of the next day) they were accompanied by the members of Transmusic Comp. (Milan Adamčiak, Peter Machajdík, Michal Murin, Zbyněk Prokop and Robo Bartko). In some cases they even woke up the spectators who could sleep over in the hall during the night.

…The Nu Spirit Club in Bratislava got suddenly empty. It was just before 10pm in the club, where electronic music is usually played, when music minimalism of Steve Reich resounded the space. International group Cluster Ensemble began their performance with the composition Four Organs. (…) When playing Music for Pieces of Wood, the listeners were moving to the beat of the claves. And while dynamic Six Pianos was being played, the bartender was jumping mischievously as if her favorite DJ was spinning the decks. Reich’s music in the club atmosphere sounded more naturally than in a large concert hall. Just above the stage which was occupied by six digital pianos, just above Cluster Ensemble which also features musicians from Italy and South, a film of perpetually moving images, movement cut-outs from a train and highway was screened. They were just like the music.

… Great names attract masses to festivals but usually it is the unknown artists that cause the most pleasant surprises. Such example was the Slovak group Cluster Ensemble which performed its concept called Livingroom. A group of artists from various areas substituted typically megalomaniac words with evil-eyed rhythm and big gestures with amazing originality. A palette of ideas transformed into fragments of sounds and motifs performed while playing a toy piano, constantly condensing rhythm played on claves or invoking sounds from filled wine glasses. Their playfulness and creativity charmed us with simplicity of the idea and the funniest form possible.

Another extraordinary experience was the concert of Cluster Ensemble who were invited by Ľubica Veselá and the director of Eastern Slovak Gallery Lena Lešková. “We wanted to meet each other for a long time but we kept postponing the meeting. So we said to ourselves: “We are going into it!”. We also had visitors form Switzerland and they were delighted. The idea is amazing.” “A group of four musicians played contemporary music: Reich, Cage, Burlas. They used the equipment found in the living room and their own hands to play the music. But the result was astounding. Together with the invited guests, the living room transformed into a scene from a Fellini’s film.

Cluster ensemble relies on financial contributions from individuals, foundations, corporations and government agencies in order to create new projects and perform many concerts at home and around the world. In 2015 CE is preparing approximately 40 concerts, recording 3CD´s, creating educational – multimedia projects and making their own instrument – SOUNDRING.

Supporting CE means, that you want to share their extraordinary passion for NEW – projects, music, education and instruments. Your gift will make a difference!

Cluster ensemble is grateful for recent generous support from the following foundations, government agencies and non profit charitable organizations. We also thank our individual donors from around the world.